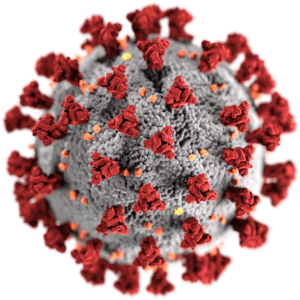 Way off the Mark

So my starting point is Mark Drakeford’s speech on tackling Covid-19 in Wales from last night (16th March). This is how it was announced on twitter.  If you’re use Twitter, you’ll be able to visit and see the video there.  Unfortunately my skills and current information don’t permit me to grab and share the full video on here (anybody wishing to advise me how – drop me a line and I’ll sort it). 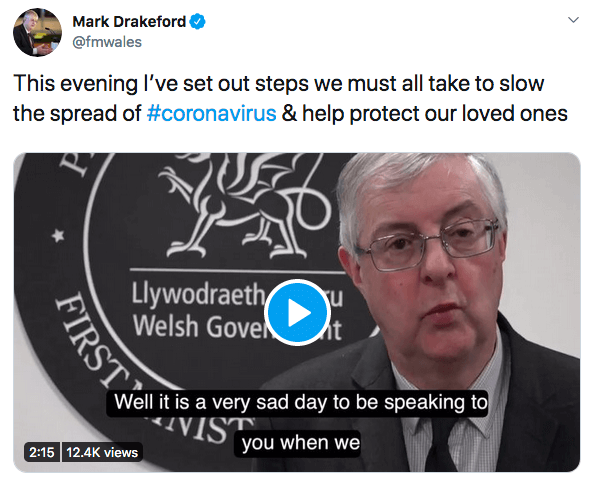 I thought it might be useful to engage with Drakeford’s words without video, and to make a couple or three additional comments on what’s going on with the current (mis)handling of the crisis by both the Welsh and UK governments, what could be done differently by government, and what sources of information and action are out there for people not in government.  So, here’s what I think he actually said in that video, along with a couple of interjections from me along the way.  I’ve put emphases in bold, and my interjection in square brackets.

“Well it’s a very sad day to be speaking to you, when we have had to announce the first death of a person in Wales from corona … virus.”

[Yes there really is a pause between “corona” and “virus”].

“Our thoughts of course are with that individual’s family and friends. Today I have attended the meeting of COBRA.”

[This is rendered in the subtitles as COBR.  That’s not what he said, because it’s impossible to pronounce such a word without a terminal vowel – but it is what the UK government officially refers to it as, despite the public knowing it as COBRA for years].

[He stresses the word “new”.  This may, I’d guess, be in order to make it sound like he’s doing something different?]

“As from today, we are saying to households where anyone who has the first symptoms (a new persistent cough or an elevated temperature) that all members of that household should stay at home for the next fourteen days.”

“To everybody else we are saying to create a social distance between ourselves and others, to work from home where we can, not to attend gatherings where we don’t … need to, to keep away from company where that company isn’t essential.”

“And for people who are aged over seventy or who have an underlying health condition or women who are pregnant, that advice is especially important. Later this week we will be writing directly to that smaller number of people in Wales who have a particularly serious underlying condition. They will be contacted directly by the health service, providing them with particular personal advice. And finally today right across the United Kingdom, we are saying that emergency service assistance for mass gatherings will have to come to an end. We need our police, our fire services and our ambulance personnel to be doing those essential jobs. So my message to you is to go on doing all of those small things that help us all to stay safe and to stay well. By acting in ways which every one of us are able to act, we can make that contribution to making sure that we get through this together here in Wales.”

A conversation from happier days. Maybe it’s not appropriate to note this in piece of this seriousness, but does it also look to you like Drakeford and Johnson got their shirts in this picture from the same packet?

Probably the most important single point to note in this is that Drakeford has not taken or recommended any government action whatsoever in this speech (beyond some letters to go out next fucking week), despite the clear increase in urgency in the situation now that there has been a death in Wales.  Recommending that people who may have Covid-19 should self-isolate is nothing new, and anyone with a brain would recognise that having been in contact with people who may have it should also be a rationale for self-isolating.

But without resources to enable them self-isolate, most people can’t.  Even if I know of someone who has no savings and is intending to go to work in order simply to get food and rent, there’s nothing that I can say that will make them stay home.  If I had savings myself, I’d be able to help as an individual, but I don’t.  Luckily there are community-led set of organisations aiming to help with this, and some businesses are doing the same. Head straight to the bottom of this blog entry for the ones I’ve spotted so far.

Wales has an older and poorer population than the UK as a whole.  There are more of us in the vulnerable groups, and more of us without savings.  Mark Drakeford’s failure to use his position to get resources to those groups, and to create ways to enable people to self-isolate, is likely to have serious effects.  What he’s done here is simply to act as another layer of advice.

Household isolation as advice is useless without it being tied to compensation for the hardships caused to the entire household.

And the idea of social distancing “where we can” is a perfect illustration of the fact that the Welsh government is not helping us with that social distancing.  Without rationalising and planning of urgent deliveries, and politicians willing to act threateningly towards those stockpiling for profit, nearly everybody’s social distancing will necessarily be preceded by panic buying and stockpiling – as has already happened.

The particular “at risk” categories are being offered, bitterly uselessly, even more advice.  But not yet.  Even a vague promise that there would be further government action to help them would have been useful here – especially because every single politician in the Senedd would then have had a lever with which to bash both Drakeford and the Westminster government until relief arrived.

The only announcement of action was a UK-wide one, and was actually merely an announcement of new inaction – the withdrawal of emergency service support for mass gatherings.  Here Drakeford had the opportunity to do a mea culpa about the disgraceful failure of either he or Vaughan Gething to stop the Wales-Scotland rugby game on the weekend until the last minute (No, I don’t yet know who made the call to cancel, beyond the fact that the social media response to it going ahead was a rare example of Wales being nearly united in anger.  The exceptions I saw were largely the profoundly odd crowd who live within the miniscule Cardiff Bay bubble, and who demonstrate by their existence and continued careers the essential uselessness of a political commentariat in a powerless nation).

A Universal Basic Income now and for the duration is the only way that the spread of Coronavirus will be successfully restricted.  The Welsh Government does not formally have the powers to do this.  But pushing – rudely and inconveniently – for it at every opportunity is the only way to get near it.  That would include going off-script at moments when the UK government is depending on Welsh politicians to act as a “safe pair of hands” for policies that are weaker on the disease than those implemented anywhere else in the world.

Testing is essential.  It’s been cut back.  Without it people could be self-isolating for symptoms of ordinary flu, thinking that they have developed some kind of immunity, and then be back in circulation – especially as they’ll be needing to make money because there’s no Universal Basic Income.

Open Data The debacle over the UK Government’s “herd immunity” strategy came from the idea that a select team of (UK) government experts somehow knew better than experts elsewhere.  But experts only have a claim to be such because they have access to evidence and are capable of processing it accurately.  Humanity is capable of coming up with answers for the good of humanity, as long as the data is not systematically hidden for the sake of the service of power.

Housing Control We currently have an insane situation in which landlords are offering holiday homes as venues for ‘self-isolation’ – creating danger as people travel to those places, as well as to people living in those areas via cleaners and landlords and neighbours at those locations.  We also have people in shared housing, on low incomes, unable to effectively self-isolate.

Mutual Aid There’s some examples of mutual aid organisations and initiatives below.  I’ll include more as I’m told about them.

School Closure Education is devolved.  This is on the Welsh Government.

More I’m sure I’ve missed loads of things and people.  Feel free to let me know what they are.

(apart from pretty much anyone)

Covid-19 Mutual Aid are a big set of organisations currently being set up.  Most of the pages it links to are facebook ones. Click the button on the right …

Drive Taxis are a Cardiffian driver-owned Cab Co-op.  They are offering free local shopping trips (in Cardiff only, natch) for the elderly and vulnerable. 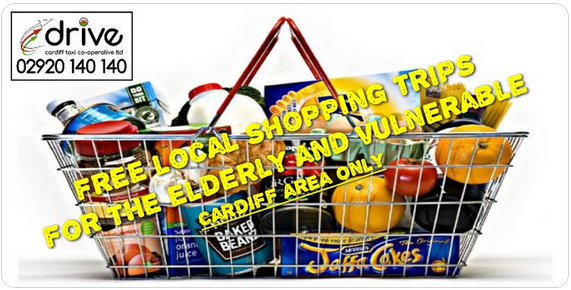 The Lancet is one of the world’s most famous medical journals.  It’s not usually free (which is sad).  But all its Coronavirus information is – and it’s a better source of information than the information the UK government (and therefore also the Welsh government) has been acting or failing to act on.

If you’ve read other articles on this website, you may know that I’m dubious in many ways about Adam Price.  But so far on this one (and to the best of my limited knowledge) he’s played a blinder.  Including calling for a Universal Basic Income. 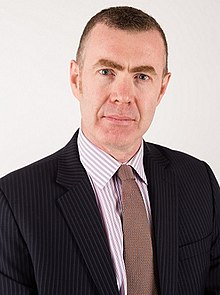 undod.cymru are a socialist bunch who favour Welsh independence.  They’ve got a cracking article up on their blog right now about lots of the same stuff as covered here – with rather more detail, historical background and anger.