There’s a serious problem on the left.  No, it’s not the fact of being left-wing, it’s not giving in too easily, and it’s not any kind of prejudice or hatred of any particular racial or religious group.  That’s the stuff our enemies accuse us of: dishonestly.  But it is concerned with us being unrealistic, in a particular sense.

On the “UK” left, we don’t pay our organisers.  Because we’re aiming at a better future where money doesn’t determine life chances, we act like it’s already here when we’re campaigning.  We act on a voluntary basis, rather than a professional one, and it hurts us. 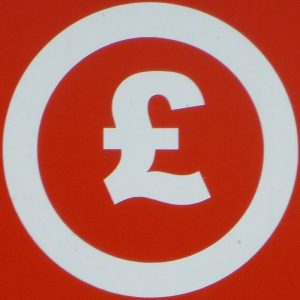 1. Paying organisers signals, in the world as it now is, that those organisers are worth something to us, that they have our actual support rather than just our verbal support.  It demonstrates it to people who are undecided about supporting socialist campaigns (“oh, these guys are serious”), to those we’re confronting on bread and butter issues (“shit, they’ve got professionals running this picket, it might be cheaper to back down and avoid the bad publicity”) and it creates pride and confidence in ourselves as a movement and as politically committed individuals (“don’t mess with us, we mean business” and “don’t mess with me, because I’m not on my own anymore”).

2. Paying organisers enables them to prioritise working for socialism over other commitments.  If a single mother can be paid for her organising skills she can afford a babysitter for the time she’s putting into working for the greater good.  If a factory worker knows they have a day’s wage weekly for organising they can stop killing themself with overtime and put the time saved into working for what they believe in.  If a socialist designer or ‘creative’ is hired to do website building for a socialist group, it’ll get built with the functions and to the standard you’d expect from a commercial site.

3. Paying organisers keeps money in the movement.  Sure, organisers on small wages will still end up spending on the stuff others in capitalist society do, but the money will support decent people – and decent causes – for longer.

4. Paying organisers means out-of-pocket spending can actually happen.  Lots of left crowd-funders and suchlike  happen just to do things businesses ordinarily treat as running costs not worth thinking twice about.  Left websites look like shit (as a general rule) because they  use every free tool going – and nothing is genuinely free on the internet.  Transport dynamics can change dramatically if an organiser knows that they can afford to cover petrol costs or public transport to a protest, negotiation, street stall, meeting or court appearance.  Printer ink for flyers and posters can happen, without poorer volunteers delaying until their next Universal Credit payment and pretending to be disorganised out of sheer embarassment at their poverty.

On that note … payment for organising work – even if tiny and highly conditional – will enable more of the very poorest to see a way of joining the Left rather than thinking that there’s a better future with the far right.  More well-heeled socialists will be just as likely as they are now to put surplus earnings back into what they believe in.

5. Finally, paying organisers makes them accountable to us.  If they don’t do what they’re paid to do, we can sack them.  Currently, the most prominent people in the “UK” socialist movements are primarily accountable, through their work, to the British State (as politicians and academics) or to the corporate media (as journalists) or to a charitable sector that is hugely corrupt, self-serving and beholden to its richest funders.  They end up not organising and motivating a movement to change society, but doing the work in job descriptions that are based around keeping it the same.  This isn’t because of venality or laziness (at first) but because there are only so many hours in the day.

If we want our organisers (or, as some might call them, leaders) working for us, we need them to be workers, and to understand that their supporters and members are their bosses.  If we’re not holding the purse-strings, somebody else is.

Before you think it, I’m not making this argument to get myself a cushy organising job.  If money was my prime motivation,  this site would’ve had a donate button before I ever published a blog on it.  I want effective people to step forward and work for socialism, without the fear that doing so will drive them into poverty and hurt them or the people around them.  This is the only way it’s going to happen.