the camels of chicago 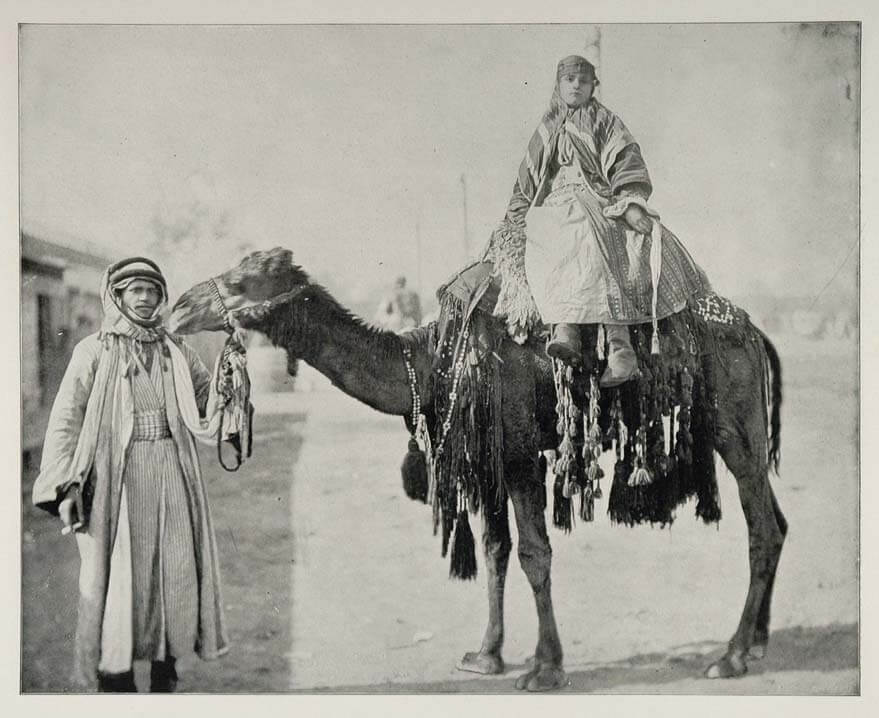 A whole lot of Americans visited the Chicago World’s Fair of 1893, with around three-quarters of a million visitors on the opening day alone and 27 million during its six-month run. Unfortunately, there’s no way to estimate what proportion of the US or global population visited the Fair – but that opening day’s visitor ticket sales covered more than 1% of the population at the time, if the US government’s statistical record is anything like correct.

The astonishing number of developments that first came to public attention there mean that it’s realistic to look at it as one of the prime locations of the birth of the twentieth century.  The  (arguably) first real life serial killer appeared here, and other cultural firsts  included or are claimed to include breakfast cereal, aerosol spray, Scott Joplin’s ascent to fame, the first choral eisteddfod outside Wales, moving sidewalks, the Ferris wheel, the fax machine and the fitted kitchen.

With this much going on in one place, it was inevitable that there’d be a camel or two around.

Not in the central educational displays and exhibits on the history of civilization and suchlike, however.  America wasn’t ready to acknowledge the central place of the camel in moving most of the stuff that enabled the development of civilization.  Given the place of the camel as a symbol of the Arab and Muslim East, it probably never will be.   The black and female populations of America were also largely excluded from the educational exhibits that were the explicit rationale of the show.  Frederic Douglas, who had been the US ambassador to Haiti, used an appearance in Chicago that year to let America know what he thought of its racism:

“In every other country on the globe a citizen of Haiti is sure of civil treatment.  In every other nation his manhood is recognized and respected.  Wherever any man can go, he can go.  He is not repulsed, excluded or insulted because of his color.  All places of amusement and instruction are open to him.  Vastly different is the case with him when he ventures within the border of the United States.”

Sadly, as we know, there’s still some progress to be made on that front.  Which is probably not so surprising given that the fair’s official title was actually the World’s Columbian Exposition.  Although it was actually a year out, the bosses decided to make it a celebration of quadricentennial of Columbus’s landing, although it was in fact just another World’s Fair.  It wouldn’t, after all, be a major international event without somebody coming up with some great marketing-based bullshit to sell it.

Similarly, it took a little longer than might have been expected from Elizabeth Cady Stanton’s great speech within the Fair for womens’ suffrage to be achieved in America.  Another twenty-seven years, in fact.

But it’s the camels you want to know about.

The picture at the top features a couple who fell in love and got engaged at the Worlds’ Fair.  The gentleman holding the camel’s leash is Mr. Nojep Farisse.  Seated on the camel in his fiance, Miss Alice Ranney.  I’m not entirely convinced that she’s yet comfortable in this photo with using a camel as either a mode of transport or a photographic prop.  But apparently she was cool with it pretty swiftly, according to the news reports of the time:

With this many people around it would have been statistically unlikely if nobody had fallen in love in Cairo Street – the bit of the Midway entertainment area that represented the Arab world.  As well as raw probability mathematics being on the side of love, there was a daily middle-Eastern styled “wedding procession” through the Midway, featuring this camel-mounted drummer: 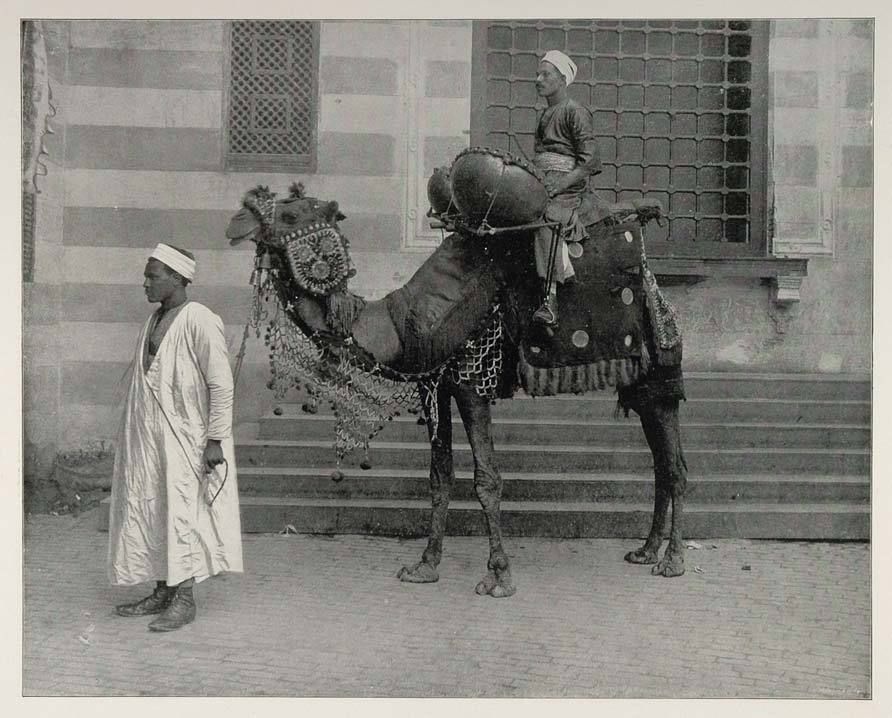 The visitor numbers, and therefore the numbers that took the daily rides upon the camels, were massive.  There weren’t actually many camels there though, as far as I can see.  So far, I’ve not seen a photo that’s clearly from the 1893 Fair that has more than two camels in it – and they may therefore have been the only ones there.  If so, they worked very hard indeed.  That is, they worked hard literally, with long days of carrying wedding drums, or couples paying to ride on the (somewhat shoddy) palanquin that we see below.  They also worked amazingly hard metaphorically, in that America getting to know ‘the East’ through them put the camel at the very centre of the American idea of the exotic. Through the centrality of smoking in the twentieth century, they were the animal that western pictures of the Orient were to ride upon. 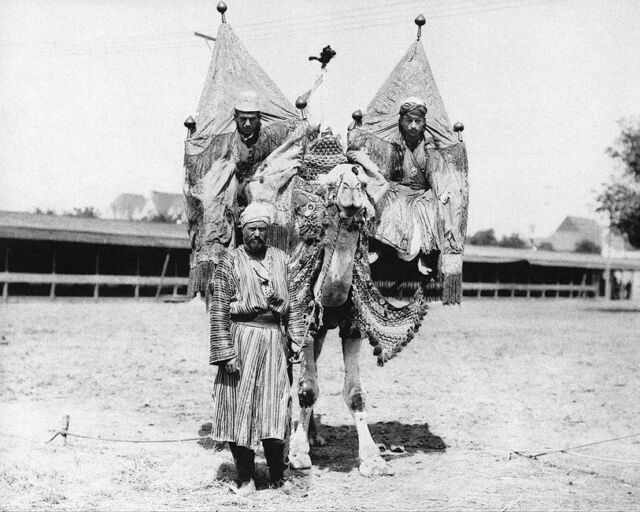 As well as showcasing and popularising parts of the “East” in Chicago, in a way that would otherwise have been historically fairly insignificant, a more rather more significant technological leap for the Arab (and Arabic) world’s future also began here.

But not on Cairo Street – or anywhere near the camels – I’m afraid.

One part of the story’s told here, whilst the wider context and the battle for ownership of the story is related in a fascinating podcast and its supplementary material here and here.  Enjoy.  See you next time.