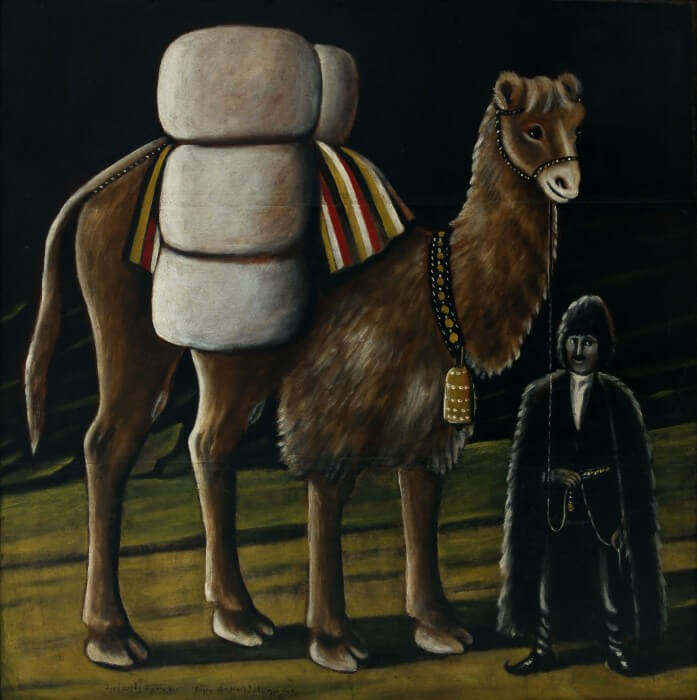 is famous enough in Georgia that he’s featured on banknotes.  Like this one: 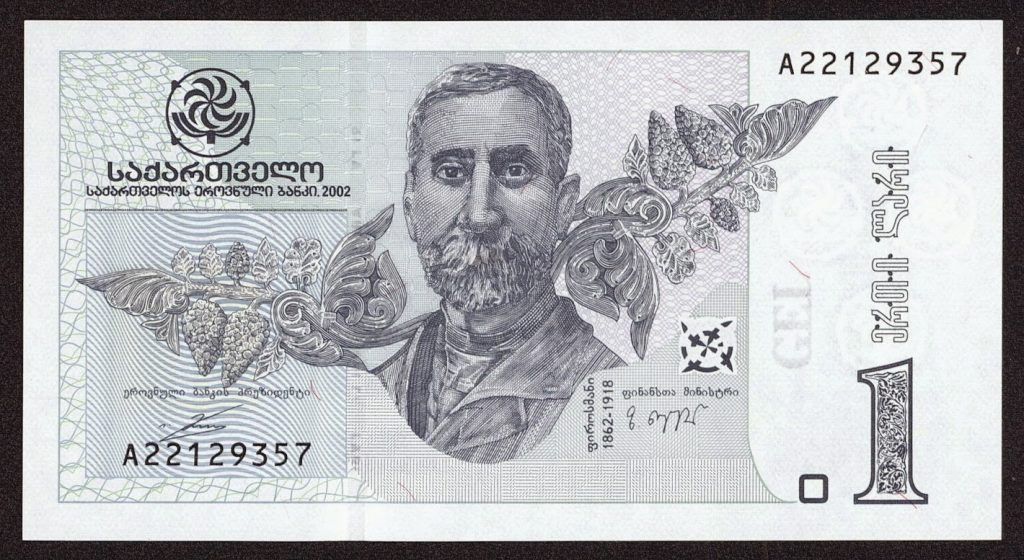 This is a little ironic given that he never had that many of his own.  But the attitudes that led to this are precisely what makes him a worthy artist hero both to Georgia as an independent state and to Georgia in the Soviet era.

A lifelong artist for cafes and signs, when he came by money he opened a shop himself.  Unfortunately for him (and maybe fortunately for those who want to see more beautiful art, rightly or wrongly) his administrative technique consisted in overcharging the wealthy and giving stuff away to the ordinary peasants.  The ordinary peasants were fine with this, and took enough stuff that he had to return to doing art for a living.

The critical establishment ridiculed his naive style when he finally got his big break, and he ended up homeless in Tblisi.  Before ending up dead of pneumonia.

There is a happiness of sorts to be had in his story, however.  Unlike most artists, with all their petty compromises and grandstanding and intellectualisations of what they do, he was able to – truthfully, simply and beautifully – say this about himself:

“I wanted to paint what I painted”.

Unfortunately for the Scotch Camel, this appears to be the only time he wanted to paint a camel. You can read more about him here: pirosmani.org or watch a whole 1969 film about him here (Georgian, with subtitles available).