I shouldn’t make promises about when the next camel of the day is due. Ho hum.

This fellah’s from Bactria around two or three centuries BCE.  But he looks to have been crafted with a very modern, and quite cartoonish, design sensibility.  More like something from a French or Czech animation than from a far distant time whose humour I wouldn’t fully expect to grasp. 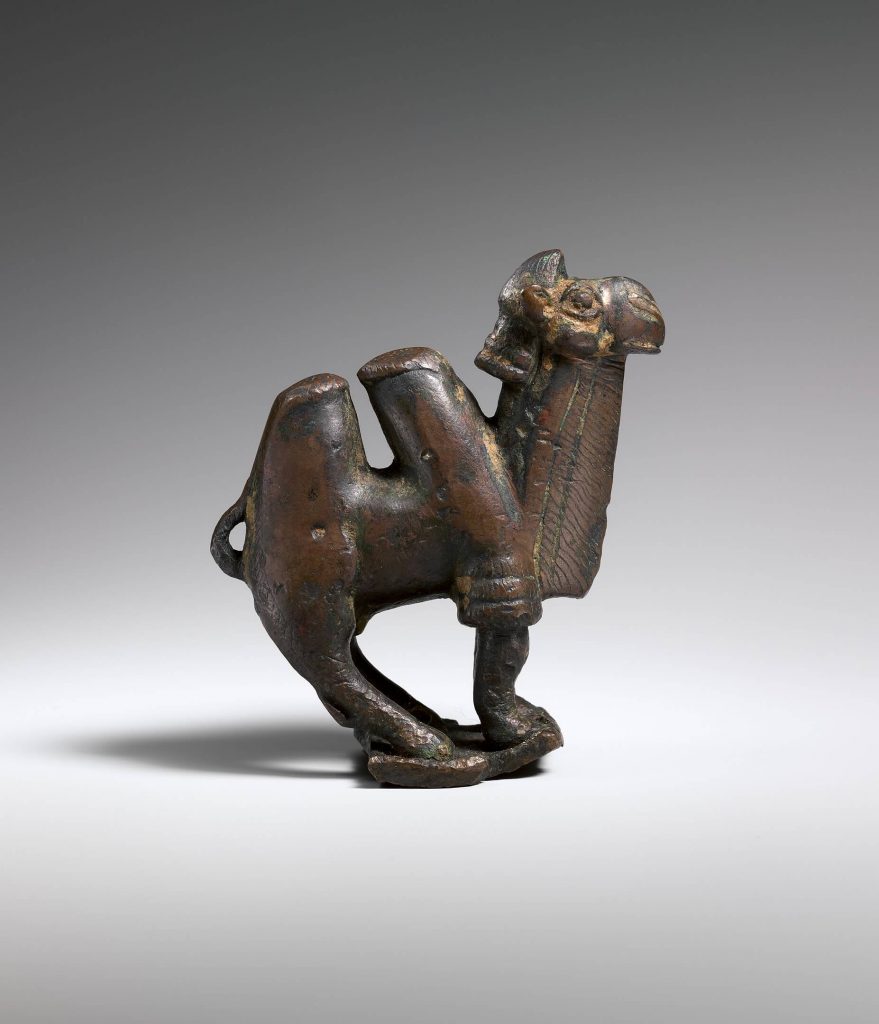 If it sounds initially like I’m imagining this closeness to the aesthetic of a disappeared civilization, check these out: 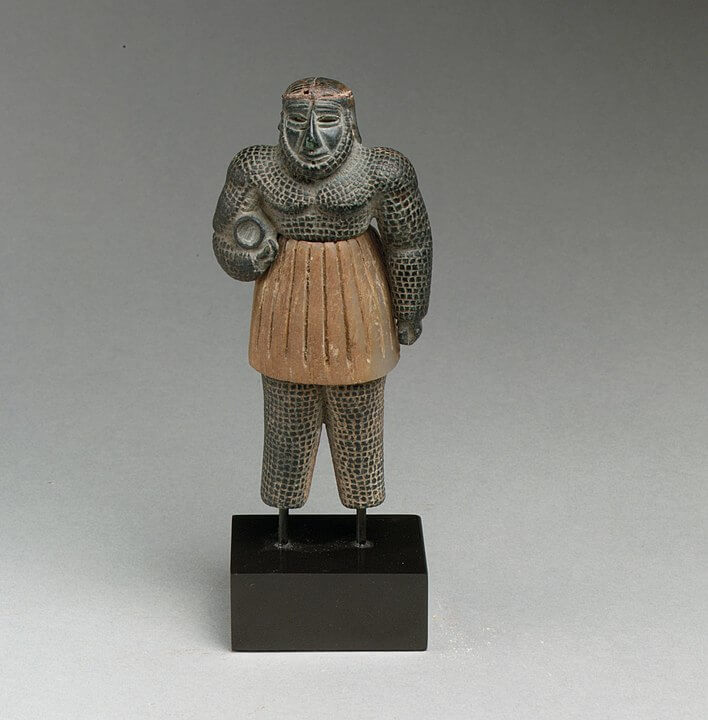 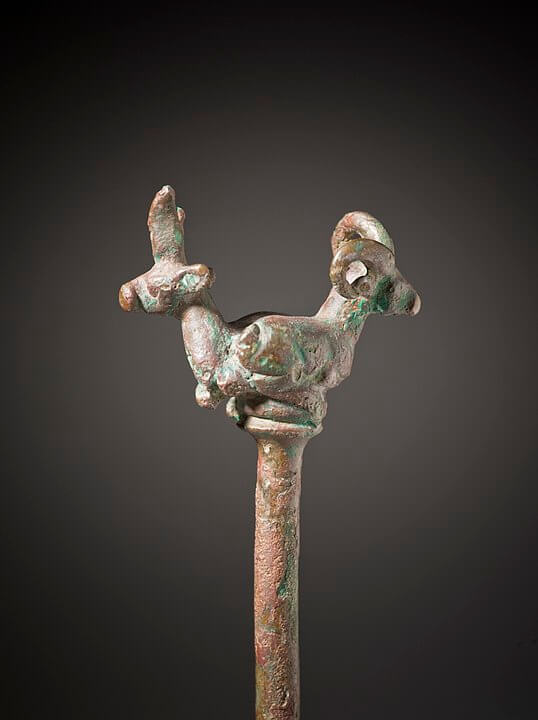 Blokey on the left (in the New York Metropolitan Museum of Art) looks to me like an action figure to accompany children’s play, and that might be pleasing enough to the eye to keep around once the kids had grown up.  The Met’s site has a little writing on him – but no evidence as to the claims that these people thought figures like this had supernatural powers, or had any function beyond the decorative.  They have – it appears – just gone for the idea that people long ago were superstitious.

For me, I’m going to stick with the idea that these were rational people who liked exercising their imagination. This seems confirmed by the two seated ibex on the hairpin being made so as to emerge from each other’s bodies, a conscious bit of surrealist humour that you might expect of a civilization that was at ease with itself and with the scale of its (relative) conquest of nature.

If they regarded it as a conquest in the fullest sense at all.  The camel above is fashioned in such comic manner that it appears as an affectionate parody – almost something you can imagine a camel driver showing to his camel and saying …  “that’s you, that is”.

Alongside my small plea for the possibility of humour in the Oxus civilization’s artwork, there’s another point that I’m trying to put across with this.  This is that we tend to read religiosity backwards into everything we encounter about ‘ancient’ or ‘primitive’ peoples, and our art experts and curators have done this without challenge for generations.

But it is wrong to make such assumptions without really good evidence – as we can easily see from the comic misreadings of twentieth century culture that would result from a civilization two millenia into the future unearthing a couple of plastic bowls and a Darth Vader figurine. It is more wrong again when our contemporary artistic experts fail to take into account the possibility of ancient peoples being more like (say) atheistic Czechs than naturally religious Americans; or presume a kind of evolutionary perspective that casts an undifferentiated animism over whole eras of what the people of the past thought and believed.

In sum, though it is sweet they keep these treasures safe for us; trust the museum’s knowledge at your peril.