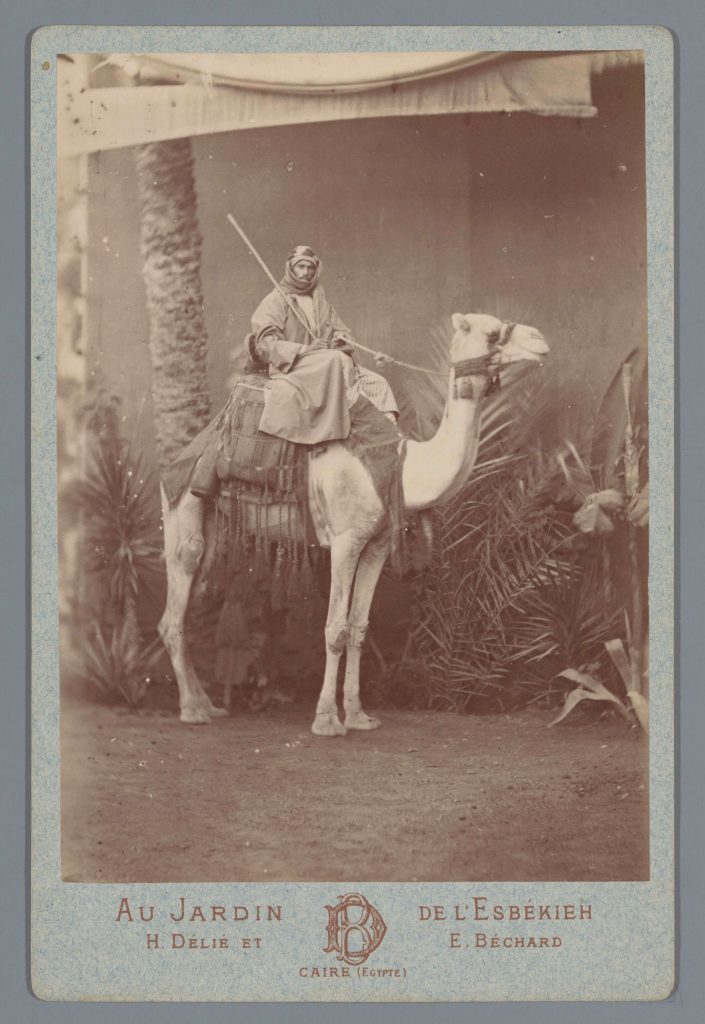 Hippolyte Delie, Emile Bechard, the dromedary and the mystery man

…were the partnership that took credit for the photo.  But both the camel, and the gentleman on the camel, deserve high commendation for a great picture – given the length of time that the subject of a photo needed to stay still for at this period.  There’s lots of  Delie and Bechard’s “Egyptological” work associated with the collections of the Musee Boulaq, the ancestor of the current Egyptian Museum in Cairo, but this is the only picture I’ve found that prominently includes a camel.  Which is probably not that surprising, given the patience and stillness required for photography in this period.

Unfortunately, neither of the subjects’ names were recorded.

This seems, and is, dramatically unfair.  It’s something to give the credit to the photographer when it’s only a matter of capturing a moment (as with the street photography of Vivian Maier, for instance) but surely it’s not right to do so if the effort of maintaining the pose is greater than that of arranging the picture.  Under these circumstances, especially given the relations of power in operation in nineteenth century Cairo, you might suspect there’s something to the idea of a photograph being a stealing of the soul.

I wonder if they ever saw the picture?  Did the rider (or the camel, for that matter) contemplate that someone might be looking at them from the world of a century and a third later and talking about their soul.